The days of pins and pool in downtown Minneapolis

There's a story about every empty lot downtown.

Consider the one in the middle of the block on Hennepin Avenue between 7th and 8th streets in Minneapolis. It's between the Pantages Theatre and the City Place Lofts, across from the joy-sucking expanse of the old Skyway Theatre.

In 1887, the lot was home to a stately new theater, the Hennepin Avenue Theater. Edwin Booth (John Wilkes Booth's brother) came to town to inaugurate the 1,700-seat theater with a performance of "Julius Caesar." The Evening Journal's review called the performance "as nearly artistically perfect as is possible."

It was an auspicious start for the theater, but it wouldn't last. 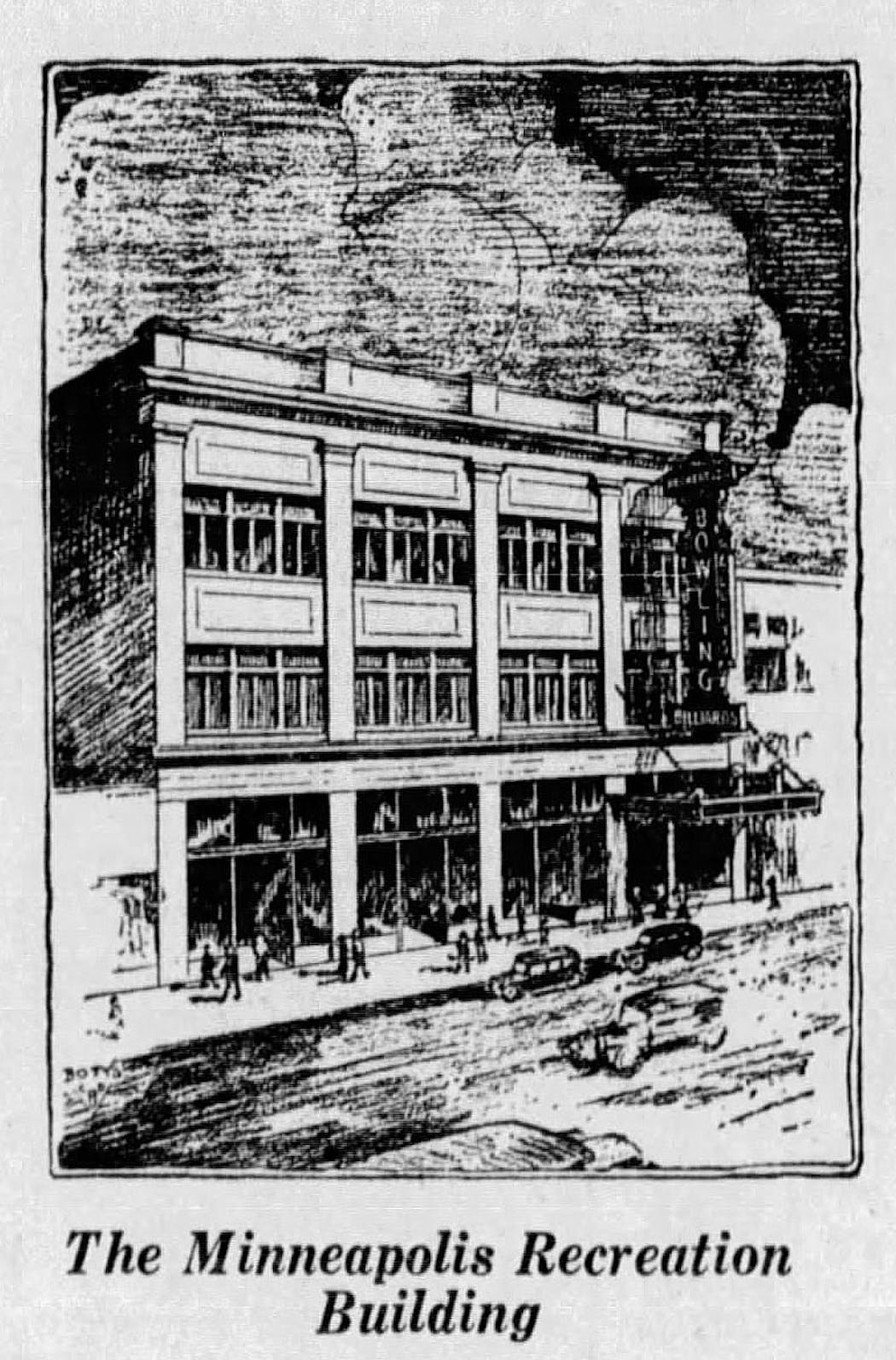 By 1889, the Hennepin Avenue theater went bust. It would reopen under a series of names — the Harris theater (1889), the Lyceum (1890) and the Lyric in 1908. But by 1923, the building was outdated. It was partially demolished, and some of its walls incorporated into a new building, the likes of which downtown hadn't seen before: The Minneapolis Recreation Center.

The name was generic. Nothing about its facade said "recreation." If it wasn't for the mural showing a happy woman bowling, you'd think it was an office building. But inside, it was all about fun.

It offered four floors of exceptional diversions, including 32 bowling lanes — with a spectator gallery — as well as 68 pool tables, a soda fountain, lunch counter and barbershop. The third-floor bowling alley was accessible by an elevator and had automatic pin-setting machines and lighting "scientifically installed for the best possible bowling," according to a glowing article in the Minneapolis Star.

And lest you think this was a stag joint, "every possible effort is being made to take care of women bowlers." 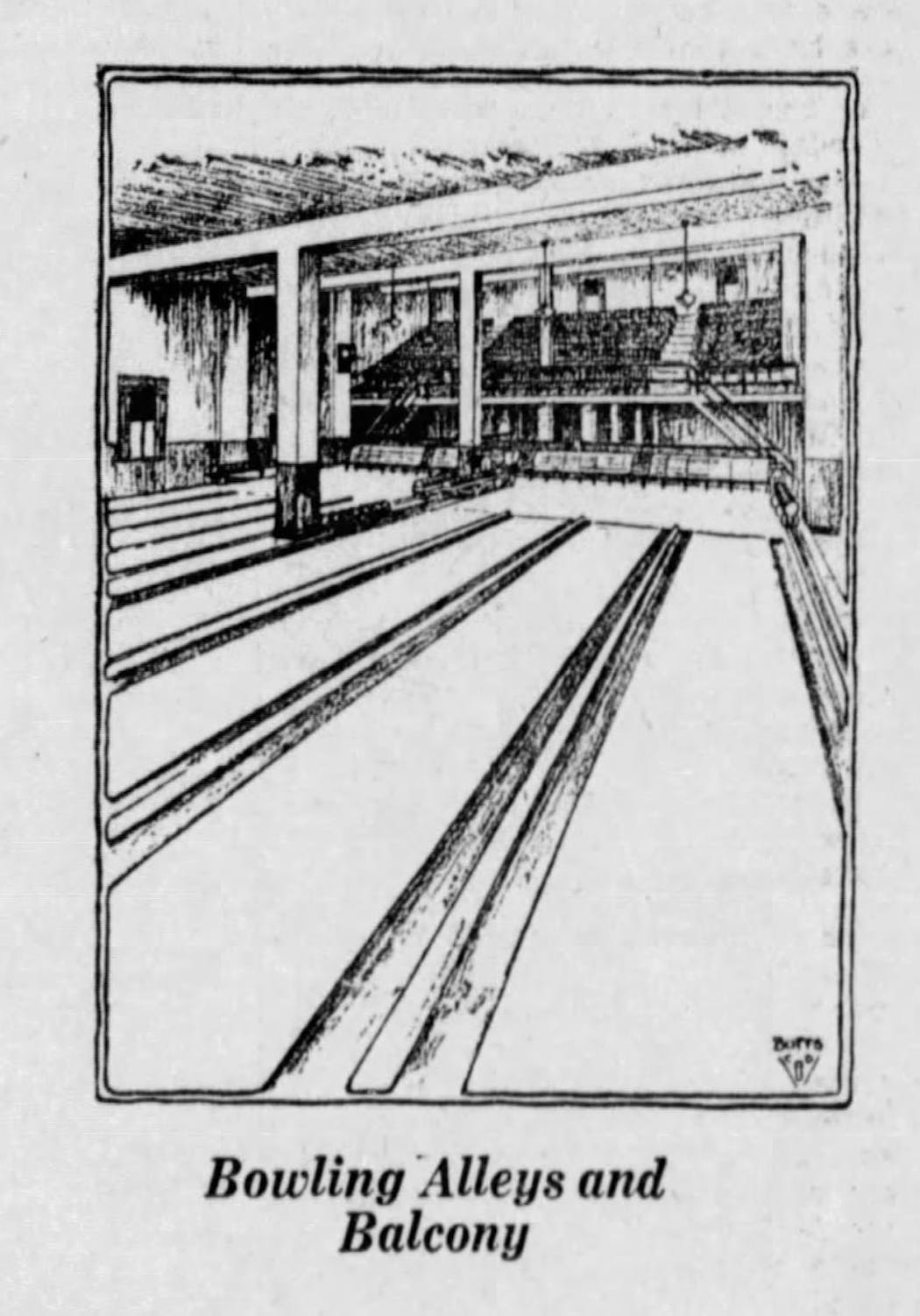 The idea of good, clean fun was at the heart of the Minneapolis Recreation Center. Before it even opened in August 1924, the Star set the scene by reminding readers of the dark days when pool soiled a man's soul:

"In the old days there was no place open for the stranger of modest means in the city except the saloon with its dangerous if not degrading atmosphere, or the old-fashioned back room pool joint."

No more! This club was a whole new animal, "the Twentieth century club, the club of the rich man and the poor man, the regular and the transient, a club equal in appointments to the finest athletic or social club, yet open to the humblest seeker after recreation."

The building cost half a million dollars, not including the grand opening, which featured a military concert band, and speeches by local notables, including Col. George Leach, mayor of Minneapolis, and Floyd Olson, Hennepin County attorney, Klan buster and future governor.

Minneapolis Recreation, as it was called, must have been a marvel. It was surely a success. Eight bowling alleys were added in 1941, and for a while it was the nation's biggest bowling facility.

Some patrons no doubt went for the sole purpose of hustling a few bucks in the billiards room. But you can imagine a couple taking the streetcar downtown for a Saturday night. Dinner at the Cafe di Napoli, a movie at the Gopher, a sundae at Bridgemans — and then, a few frames? Why not? 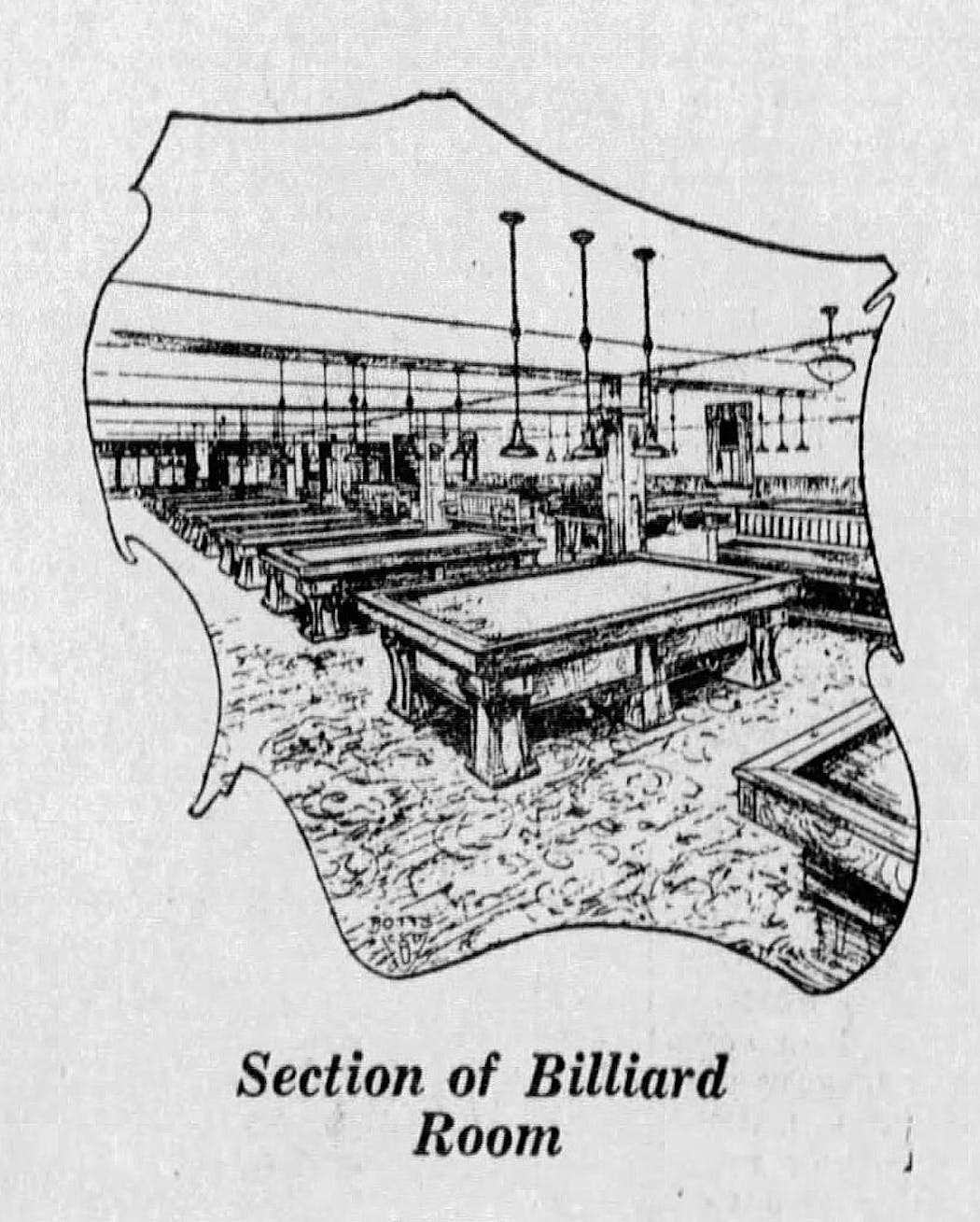 After a squabble about leases, permission to demolish the Minneapolis Recreation building was granted by the city at the end of 1960. It probably went down in early 1961 — the same year 41 buildings were leveled in the Gateway district. The lot has been empty ever since: 61 years and counting.

Perhaps something will be built on the spot, but given the failure of Block E's attempt at an entertainment center, a renaissance of pins and cue sticks is unlikely. Perhaps it'll become apartments or a hotel.

Whatever the empty lot eventually becomes, it's unlikely to ever again host the thump and thrum of a ball launched down a lane, or the muted declamations of Shakespeare.

It was fun while it lasted.

In a village in northern Ukraine that was devastated by Russian occupation only months ago, a techno party is in full swing.
Sports
12:27am

They all had stories about how the distance runner known as "Pre" gave them motivation. How they considered it an honor to race in his backyard, in his signature event, at one of the biggest track meets in the world.
Music
12:02am

Jury selection is set for Monday in a trial that will determine for the first time how much Infowars host Alex Jones must pay Sandy Hook Elementary School parents for falsely telling his audience that the deadliest classroom shooting in U.S. history was a hoax.
Sports
July 24

The siren at the Dawsonville, Georgia, pool hall that sounds whenever Chase Elliott wins a race did indeed go off Sunday night without the hometown star ever leading a lap at Pocono Raceway.