The Class of 1964 at Hitchcock High School in South Dakota was 26 strong. They decided on a senior trip in late April that would take them 275 miles east to the Twin Cities, and would include a Twins-Cleveland matinee on April 28 at Met Stadium.

The small delegation actually had a chance to stand out in the audience, since the attendance that afternoon was 4,390.

The Twins won 9-8 in 10 innings, with Tony Oliva finishing the 12th game of his rookie season with two hits, two walks, two runs scored and a .370 average.

Even more so, Tony claimed last week that he noticed a "beautiful flower'' among the Hitchcock seniors in that small crowd.

Gordette Oliva laughed sheepishly and said, "You did not, but thanks, Tony."

This is what actually occurred for Antonio Oliva from the Pinar del Rio region in Cuba to meet Gordette DuBois from Beadle County in South Dakota on that spring afternoon in the Twin Cities:

"We were waiting in the parking lot after the game to try to get some autographs," Gordette said. "And one of our chaperones said, 'I'm told that a number of players are staying at the same hotel as us. Might as well wait back there for autographs.' "

This was the Maryland Hotel, now a condo building, on La Salle Avenue. Oliva was among the players and, with minimal English, he greeted the Hitchcock Blue Jays, and offered his best autograph.

Through interpretation, and under the watchful eyes of chaperones, Tony was able to relay this message to Gordette: "I'll give you an autograph if I can get your phone number."

That was that, and Gordette didn't give it much more thought, until she was called to the phone one night and there was a man with struggling English on the line.

"We had a party line of six families,'' Gordette said. "Our ring on the farm was two shorts, three longs, two more shorts. We all loved baseball and the Twins in South Dakota. And when people found out this rookie that everyone was talking about was calling a girl from Hitchcock … you could hear those clicks from other phones being picked up to check if it was 'him'.

"Of course, nobody could understand what he was saying. I hardly could."

Gordette graduated and moved to the Twin Cities in the fall of 1964. She lived with relatives. She had a few dates with Tony. Tony had been befriended by John and Wanda Harper.

"Great people, great friends, and as a mixed-race couple … they gave us a lot of help dealing with something that wasn't ordinary in the Twin Cities back then," Gordette said.

Tony first came to the farm outside Hitchcock for Christmas in 1965. How did that go in very rural South Dakota, which had not encountered a lot of Black Cubans romancing a local young lady?

The Twins had gone to the 1965 World Series. Tony had become the only player in major league history to win batting titles in his first two seasons. And one other asset made it easy for Tony to be king:

"Have you ever met anyone that doesn't like Tony?'' Gordette said. "I haven't." 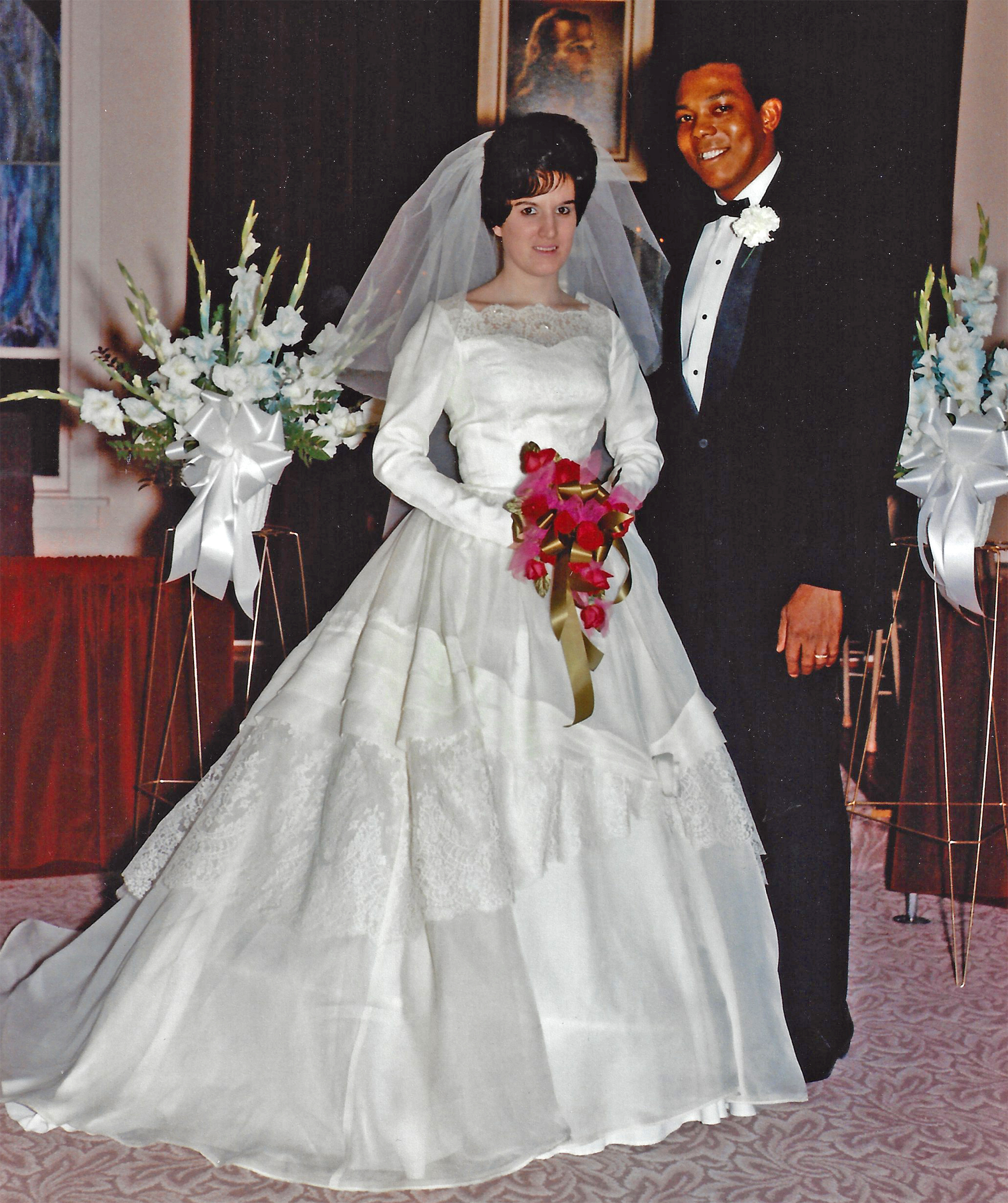 Tony and Gordette Oliva's wedding photo captures a young Cuban-born major leaguer on the day he exchanged vows in his bride's hometown of Hitchcock, S.D., where the ever-popular and outgoing former Twin Oliva said he became a “king.“

Gordette and Tony were married on Jan. 6, 1968, in the United Methodist church in Hitchcock. The reception was in the church basement. No alcohol. Just a homemade cake and a darn fine supper prepared by some excellent Methodist cooks.

"All my relatives were there, which meant the whole town was there," Gordette said.

Zoilo Versalles, the American League MVP in 1965, had been signed up to be the best man for Oliva, the Sporting News' AL Player of the Year in 1965.

"Zoilo was my brother,'' Oliva said. "I was from the country. I had never played ball in Havana. Zoilo adopted me. He introduced me to everyone. I had no English. He taught me how to get by in the Twin Cities."

What Zoilo still didn't know in 1968 was how to drive nearly 300 miles in a snowstorm. "There was a blizzard that weekend,'' Gordette said. "Zoilo called and said, 'I can't get there in this, Tony.'

"John Harper was just as much Tony's best man, and he took over."

Tony laughed and said: "Every time we drove to South Dakota in the winter there was a blizzard. We would follow the snowplows."

The Olivas celebrated a 53rd anniversary on Wednesday. They have lived in the same location, on a cul-de-sac in south Bloomington, since the mid-1970s.

There was an enclave of Cubans within a mile. Zoilo (he died in 1995) and Maria, their six daughters; Zoilo's brother Laz and his family; and other players and families.

Zoilo's nephew, also Laz, has been a golf pro and is now a writer in Los Angeles. "Gordette was so great in adopting the Cuban culture,'' he said. "I remember the Cuban national team was here and came to a party at Tony and Gordette's.

"I was thinking, 'Maybe there will be a defection,' but everyone just had a great time. Tony's the greatest guy ever, of course, and she's a remarkable woman."

What had become the Olivas' annual winter trip to Cuba was wiped out by the pandemic. The last time, in 2019, they took along three grandkids, with the usual steamer trunks filled with gifts and supplies for Tony's dozens of relatives.

"Our grandkids playing on fields where Tony played as a kid is such a wonderful sight,'' Gordette said. "We love that trip. We'll keep going back to Cuba as long as we're able."

Tony and Gordette grew up in different places but not different worlds: kids in large farm families next to small villages, feeding animals, helping with the crops, working hard on the land.

"Tony said so often, 'I would love it if we could live on a farm,' '' Gordette said.

Tony, now 82, with new knees to replace both the ravaged right one and the balky left one, still hopeful of a Hall of Fame call, confirmed that dream and then his reality:

Logic and love. It's worked for 53 years and counting for a young man from the tobacco fields of Cuba and a young woman from the grain fields of South Dakota.

Write to Patrick Reusse by e-mailing sports@startribune.com and including his name in the subject line.

Patrick Reusse is a sports columnist who writes three columns per week. Write to Patrick by e-mailing sports@startribune.com and including his name in the subject line.

Patrick Reusse in Cooperstown: Cuba might be where he's from, but Minnesota is home now

Tony Oliva could have spent his offseasons in sunny Miami when he was with the Twins, but he soon found he would rather spend them in Bloomington.
Twins
July 23

Let's celebrate All-Stars and Hall of Famers this week, while also being realistic about how these wobbly 2022 Twins stack up against Cleveland, Chicago and the AL's best.
Wild
July 18

Reusse: A hockey star in a troubled country? We've seen this film before

There might be a champagne toast or two in St. Paul when Kirill Kaprizov leaves Russia at some point — a toast like the one on a Concorde flight in 1986.
Twins
July 16

Blyleven, who followed Kaat as a cornerstone of early Twins pitching, introduced him Saturday when Kaat's No. 36 was retired.